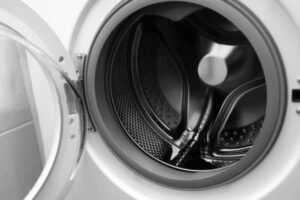 Recently, there has been a substantial increase in Whirlpool tumble dryers causing fires. This is due, in part, to a design flaw which doesn’t sense when the dryer is in an overheating condition, which then leads to an internal failure, resulting in a life threatening fire. This has prompted The Daily Mail to report the story stating that: “It emerged earlier this year that more than five million machines had a design fault that has caused at least 750 household fires since 2004, many driving families out of their homes.”

In most cases, a fire is due to user error. This could be not cleaning out the dryer lint trap or the exhaust vents which can fill with dust, lint and other foreign particles which can be very dangerous if ignited. But, in instances where the appliance is at fault, as is the case with Whirlpool’s tumble dryer, faulty design or product manufacture is the main cause of damage to homes and potential injury to people.

For many, unplugging a major appliance such as a washing or drying machine when not in use is not something that we don’t think about, or even do, on a daily basis. At Imperial Claims Consultants, we see this happen more often than it should and the outcome is sometimes bad. We feel that proper fire safety education can help prevent some of the thousands of fires that occur in the UK every year, but appliance manufacturers need to shoulder some of the blame as well.

More recently, one of our clients was busy doing household chores when her Whirlpool tumble dryer failed and sparked a fire in her home. Being elderly, she struggled to get out of the house but the smoke was too much for her. Fortunately, she was saved from the burning building, but she spent weeks in the hospital, recovering from her injuries. Her home will never be the same, but Imperial Claims Consultants is working hard to settle her claim and help her return to a normal life once again.

If you enjoyed this article, please feel free to share it on your favourite social media sites.

This website uses cookies to improve your experience while you navigate through the website. Out of these, the cookies that are categorized as necessary are stored on your browser as they are essential for the working of basic functionalities of the website. We also use third-party cookies that help us analyze and understand how you use this website. These cookies will be stored in your browser only with your consent. You also have the option to opt-out of these cookies. But opting out of some of these cookies may affect your browsing experience.
Necessary Always Enabled
Necessary cookies are absolutely essential for the website to function properly. These cookies ensure basic functionalities and security features of the website, anonymously.
Functional
Functional cookies help to perform certain functionalities like sharing the content of the website on social media platforms, collect feedbacks, and other third-party features.
Performance
Performance cookies are used to understand and analyze the key performance indexes of the website which helps in delivering a better user experience for the visitors.
Analytics
Analytical cookies are used to understand how visitors interact with the website. These cookies help provide information on metrics the number of visitors, bounce rate, traffic source, etc.
Advertisement
Advertisement cookies are used to provide visitors with relevant ads and marketing campaigns. These cookies track visitors across websites and collect information to provide customized ads.
Others
Other uncategorized cookies are those that are being analyzed and have not been classified into a category as yet.
SAVE & ACCEPT